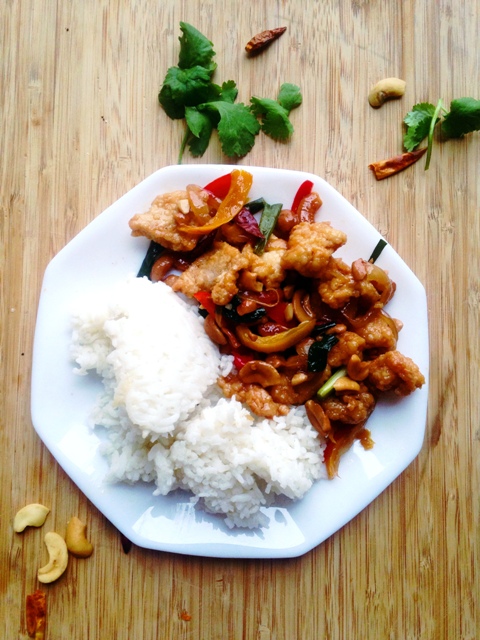 “You are not Thai!” the sweet Chinese lady said to me as she walked in a few minutes before I began teaching my Thai cooking class.

I quickly explained to her that technically I’m not Thai, BUT my husband is Thai, so I do have a Thai last name, which I think makes me sort of half-Thai, and that I know more about Thai cooking than my Thai mother-n-law does.

She said, “Oh, ok!” and now it was up to me to prove that I knew something about Thai cooking.

As I looked across the room before starting my class, I saw about 17 women, 13 of which were originally from either China, Indonesia, or Singapore, and the other four were from America. 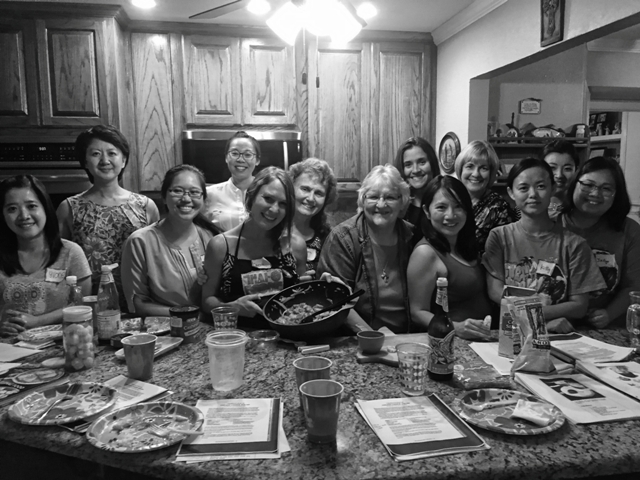 Thai cuisine is not the same as other Asian cuisine, so I wasn’t too worried about teaching them something they already knew, but by appearances, they looked more Thai than me, as I’d already indirectly been told, so I was a bit intimidated.

I was teaching Easy Thai Green Curry with Chicken and Thai Cashew Fried Chicken Stir-Fry, which has become my Thai hubby’s favorite dish that I make.

I started with the Thai Chicken Green Curry, which none of them had made before, and then as it was simmering on the stove, I started in on the Thai Cashew Fried Chicken Stir-Fry.

I’ve been making Thai Cashew Chicken for awhile, and I always used this recipe. But lately, I’ve been thinking that I wanted to fry the chicken before stir-frying it in sauce.

Visiting Thailand again reminded me that many times in Thailand, they fry the chicken for Thai Cashew Chicken, and it gives the dish that extra crunch and flavor that is so irresistible. I found a recipe in Simple Thai Cooking, and tried it out and my Thai Hubby quickly fell in love with it.

So I made a few adjustments to the recipe to match my cooking style, and created this version. I still like my non-fried Thai Cashew Chicken Recipe, but I also like this type too if I’m in the mood for something a little different. 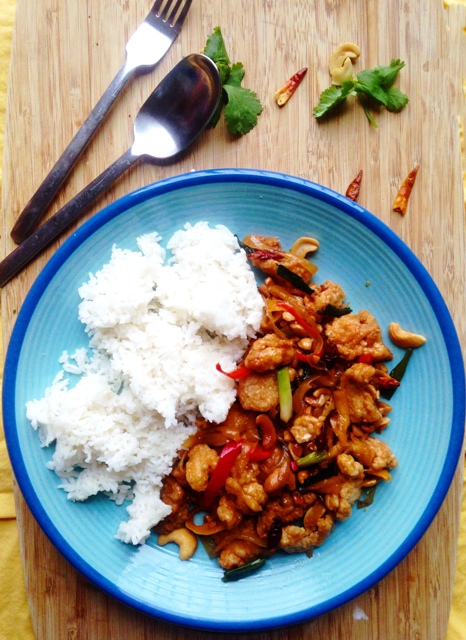 The ladies in the class loved it too, and I loved how they jumped in and helped me fry the chicken. After the class, I saw the sweet Chinese lady savoring her Thai Cashew Chicken and scraping up every morsel.

I think I had transformed into a Thai-American cook in her eyes because she came up to me before she left and told me how much she loved the class and how amazing the food was.

See! You don’t even have to be Thai to teach a Thai cooking class, so if you feel nervous about cooking a Thai dish, just try it! And if you have any questions, feel free to email me!

Want to make the crispy Thai Chicken Cashew Stir-Fry you always get at your favorite Asian restaurant? Try this recipe today, and you will always want to make it at home!